A new project rarely starts with a story that will probably never be topped, but that may have been the case for my interview with George Smith about climate change on January 28.

“The Climate Common” is a new video series started by The Maine Climate Table to engage with those who do not live and breathe climate change every day.  Climate change is an all-hands-on-deck challenge.  Democrats will never solve this alone.  Tragically for everyone, the issue has become politicized.  Science doesn’t matter.  Only your cultural affinity matters.  The Maine Climate Table is determined to break down these barriers.  Why?  Because they have to be to solve this problem.

I remembered George from the 1990s when we crossed paths working on the Maine Forest Biodiversity Project, a diverse mix of timber companies and nonprofits working on wildlife and biodiversity conservation in the North Woods.

George, Executive Director of the Sportsman’s Alliance of Maine at the time, represented with beguiling charm the interests of hunters and anglers.  Lo these many decades later, I thought George might give me some insight into how the generally conservative sportsman’s community viewed climate change.  He agreed to meet.  But I got more than I ever imagined.

George was (and still is) an unapologetic lobbyist on behalf of hunters and anglers and the natural world in general.  Anybody who has lived in Maine for ten years or more likely knows George Smith personally or knows of him.  He is notorious for rankling politicians when it comes to hunting and fishing issues.

But the curious thing about George is… people want to be rankled by him.  You just feel good with George, even if you disagree with him.  He’s full of life.  He’s funny.  He’s authentic in a time when everyone must behave according to the expectations of their “affinity group.”  George is real.  And so you feel real when you’re with him.

I reconnected with George for the interview but did not know he had been diagnosed in 2016 with ALS, the degenerative, incurable neurological disease that slowly takes your body but leaves your mind intact.

While his observations about climate change as a lifelong hunter and angler were priceless (watch the condensed eight-minute interview), it was his humanity that I took home with me that day.

George well knows the road that lies ahead for him and his extraordinary wife, Linda.  And yet on this day, like every other day, he is full of life.  He has the same sparkle in his eye that he had 25 years ago.  The same uniquely Maine sense of humor.  The same “let’s not let differences get in the way of our humanity.”  I sat across from what I can only describe as undaunted courage for over two hours and had one of the best conversations I can remember with another human being.

Some of this comes across in the short interview video.  I just let the camera sit in the corner and roll non-stop the whole time.  Some of George’s humanity makes it into the eight minutes, but so much didn’t.

He told the story of taking his shotgun to school in the 1960’s, because kids in rural Maine routinely went hunting straight away after school.

He told the story of being in the same U. Maine class as Stephen King back in the early 1970s.  George was president of the Young Republican’s Club and King was in the “radical liberal group.”  That that didn’t stop them from becoming lifelong friends.  They took creative writing class together and both became writers.  “Between the two of us, Stephen and I have sold over 400 million books!” George tells me with a laugh.

I would argue that within Maine, George Smith is a better-known author than Stephen King.  George writes every day.  Now he uses Dragon dictation software that “works pretty well,” he says.  He’s written four books about hunting and fishing and the Maine outdoors, most notably “A Life Lived Outdoors.”  He writes a weekly column for the Kennebec Journal and the Bangor Daily.  He is sought after for his book reviews because publishers know book sales will go up if George Smith writes a review.  (Stephen King, take note)

Times have changed, as they tend to do.  When George was a young staffer for Dave Emery, a Republican Congressman from Maine in the 1970s, Ed Muskie, the revered Maine Democratic Senator at the time, helped George and Dave in their campaign.  Can you imagine that happening today?

One thing I think most of us can agree on—Boomers, Gen-Xers, Millennials, and the courageous young Gen Z’ers—is … we need our humanity back.

George and I understand that climate change has become a cultural wedge.  But we’re having nothing to do with that worldview.  We have our different constituencies but we also have our respect for one another—we have our humanity.  Humanity comes first for us.

If we all put our humanity first we would solve the biggest challenges of our century- like climate change. 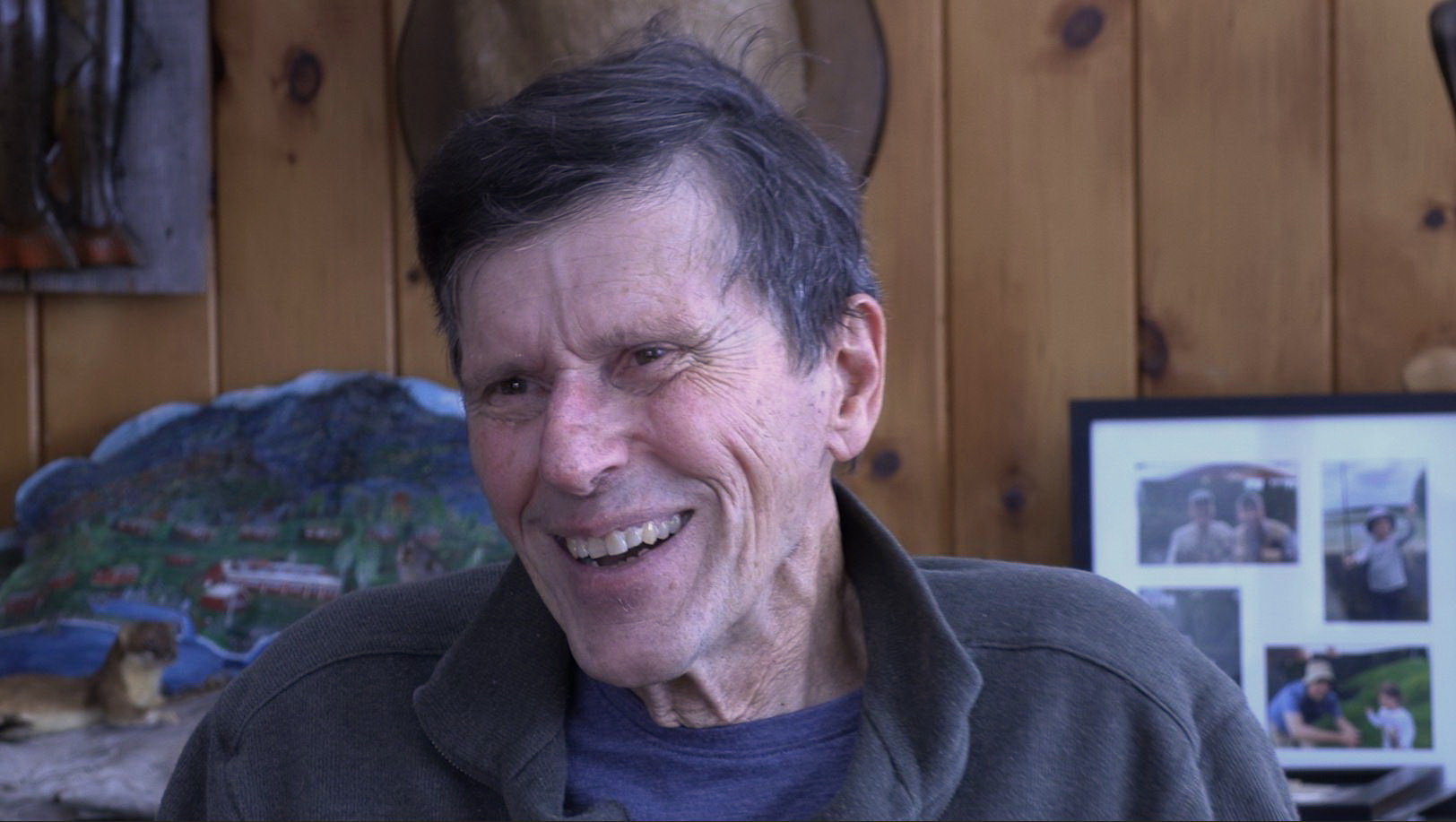